Holiday Hours and New Hours in 2022

Thank you for your support this year!

Beginning Jan. 3 Prince Books will open one hour later at 10 am Mon-Sat. and 11 am Sunday.

January 10, 2022: WE ARE HIRING. PLEASE SEE JOB DESCRIPTION BELOW AND CLICK pdf AT THE BOTTOM FOR EMPLOYMENT APPLICATION

Application must be filled out by hand and returned to the bookstore in person.

This job is people oriented but also extremely detail oriented! We process a lot of special and online orders and have thousands of inventory records. Strict adherence to our process is important to keep the store operating smoothly.

Responsibilities include, but are not limited to: 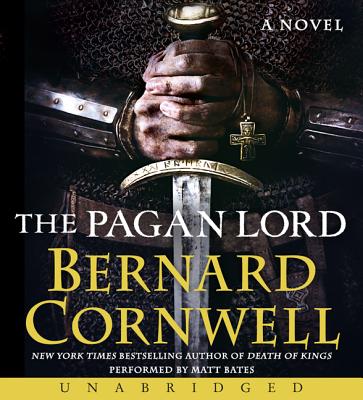 By Bernard Cornwell, Matt Bates (Performed by)
$39.99
Email or call for price.

Bernard Cornwell--"the most prolific and successful historical novelist in the world today" (Wall Street Journal)--returns to his epic Saxon Tales saga with this dramatic story of divided loyalties, bloody battles, and the struggle to unite Britain.

At the onset of the tenth century, England is in turmoil. Alfred the Great is dead and his son Edward reigns as king. Wessex survives but peace cannot hold: the Danes in the north, led by Viking Cnut Longsword, stand ready to invade and will never rest until the emerald crown is theirs. Uhtred, once Alfred's great warrior but now out of favor with the new king, must lead a band of outcasts north to recapture his old family home, that great Northumbrian fortress Bebbanburg. Loyalties will be divided and men will fall as every Saxon kingdom is drawn into the bloodiest battle yet with the Danes--a war that will decide the fate of every king, and the entire English nation. With The Pagan Lord, New York Times bestselling author Bernard Cornwell, "the reigning king of historical fiction" (USA Today), continues his magnificent epic of the making of England during the Middle Ages, vividly bringing to life the uneasy alliances, violent combat, and deadly intrigue that gave birth to the British nation.