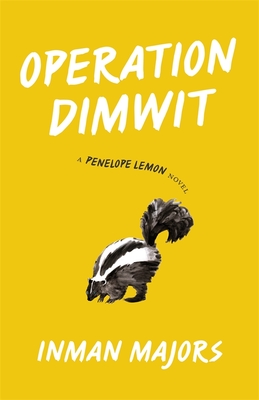 It's summertime, and son Theo is away at camp. Feeling frisky, free, and tired of living vicariously through nighttime trysts with erotic novels, Penelope can begin phase two of her postdivorce life. First on the agenda is a date with the mysterious Fitzwilliam Darcy, who lives in a mansion with his snobbish cat, Algernon, and who spends his spare time painting massive nude portraits. Meanwhile, back at the trailer--park office, Penelope's boss, Missy, has become obsessed with getting rid of Dimwit, the backwoods interloper who may be stealing personal items from female residents. A sting operation to catch him in the act is planned, something so kooky and ill--advised that only a legendary goofball such as Missy could set it into motion. Throw in a bully trainer at Penelope's new gym, plus an infestation of skunks that requires the services of a wildlife expert and homespun mystic known as the Critter Catcher, and it becomes clear that Penelope's two weeks off from parenting won't be as relaxing and incident--free as she hoped. Building on the comedic hijinks of Penelope Lemon: Game On , Operation Dimwit is a warmhearted look at the challenges of being a single working mom trying to stay afloat in the middle class after a divorce. Zany, stylish, and uproariously funny, this southern comedy will have readers laughing out loud at familiar absurdities of life in the twenty--first--century USA.

Inman Majors now makes his home in Charlottesville, Virginia. He is the author of five previous novels, including Love's Winning Plays, The Millionaires, and Penelope Lemon: Game On! He teaches fiction writing at James Madison University.