A Coney Island of the Mind: Poems (Paperback) 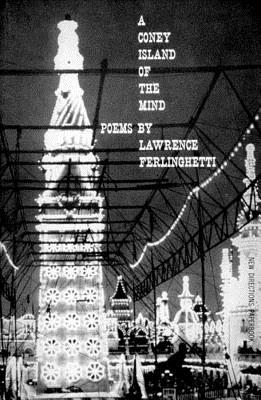 Ferlinghetti’s A Coney Island of the Mind has become a modern classic. It has been translated into nine languages and there are now three-quarters of a million copies in print.

The title of this book is taken from Henry Miller's "Into the Night Life" and expresses the way Lawrence Ferlinghetti felt about these poems when he wrote them during a short period in the 1950's—as if they were, taken together, a kind of Coney Island of the mind, a kind of circus of the soul.

In 1953 Lawrence Ferlinghetti cofounded City Lights, the first paperback bookstore in the United States, a Mecca for millions. His Coney Island of the Mind is one of the best-selling volumes of poetry by any living American poet. Born in Yonkers, New York, in 1919, Ferlinghetti has received the Robert Frost Memorial Medal and the first Literarian Award of the National Book Foundation.

Lawrence gets you laughing then hits you with the truth.
— Francis Ford Coppola

A brave man and a brave poet.
— Bob Dylan