The Crowd Goes Wild: How to Love Sports Without Losing Your Soul (Hardcover) 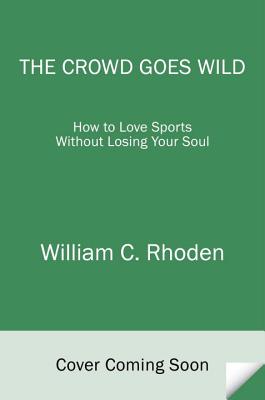 From the bestselling author and award-winning New York Times sports columnist, a timely consideration of a debate that has unsettled millions of sports fans: In the age of performance-enhancing drugs, concussion scandals, increasing on- and off-the-field violence, and other controversies, is it possible to square our consciences with the sports we love? Is it possible to be an ethical sports fan?

We turn to sports for heroes, escapism, and inspiration, but lately the sports pages have offered one distressing story after another: performance-enhancing drugs in baseball, the concussion crisis in football, and extreme acts of off-the field violence across the board. On top of that, the sports world continues to struggle with issues of racism and sexism, corrupt college and youth leagues, and cruelty to animals. William Rhoden has been covering these issues for thirty years as a columnist at the New York Times and in The Crowd Goes Wild, he walks fans through them one by one, combining incisive analysis with rich storytelling and fresh reporting from his own investigations. In the end, he offers a thought-provoking and brutally honest assessment on how the games we love fit with the values we cherish -- and whether the world of sports can yet be redeemed.

WILLIAM C. RHODEN has been a sportswriter for the New York Times since 1983 and has written the "Sports of the Times" column since 1990. He also served as a consultant for ESPN's Sports Century series and is a regular guest on its show The Sports Reporters. In 1996 Rhoden won a Peabody Award for Broadcasting as writer of the HBO documentary Journey of the African-American Athlete. A graduate of Morgan State University in Baltimore, he lives in New York City's Harlem. His previous book, Forty Million Dollar Slaves, was a New York Times bestseller.