Cruising Utopia: The Then and There of Queer Futurity (Sexual Cultures) (Paperback) 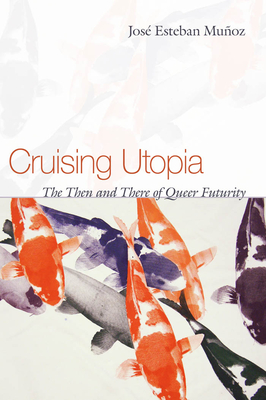 The LGBT agenda for too long has been dominated by pragmatic issues like same-sex marriage and gays in the military. It has been stifled by this myopic focus on the present, which is short-sighted and assimilationist.

Cruising Utopia seeks to break the present stagnancy by cruising ahead. Drawing on the work of Ernst Bloch, Jos Esteban Mu oz recalls the queer past for guidance in presaging its future. He considers the work of seminal artists and writers such as Andy Warhol, LeRoi Jones, Frank O'Hara, Ray Johnson, Fred Herko, Samuel Delany, and Elizabeth Bishop, alongside contemporary performance and visual artists like Dynasty Handbag, My Barbarian, Luke Dowd, Tony Just, and Kevin McCarty in order to decipher the anticipatory illumination of art and its uncanny ability to open windows to the future.

In a startling repudiation of what the LGBT movement has held dear, Mu oz contends that queerness is instead a futurity bound phenomenon, a "not yet here" that critically engages pragmatic presentism. Part manifesto, part love-letter to the past and the future, Cruising Utopia argues that the here and now are not enough and issues an urgent call for the revivification of the queer political imagination.