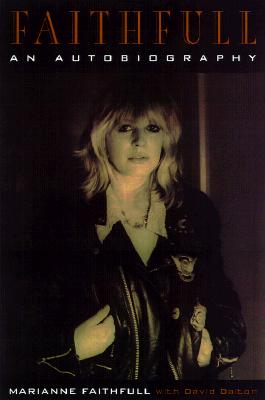 From pop stardom through the depths of addiction to her punk-rock comeback, Marianne Faithfull's life captures rock 'n' roll at its most decadent and its most destructive. Faithfull's first hit, 1964's "As Tears Go By," opened doors to the hippest circles in London. There she frolicked with the most luminous of the young, rich, and reckless, including Bob Dylan, the Beatles, and the Rolling Stones. Her legendary affair with Mick Jagger produced one hit single, "Sister Morphine," and countless headlines. Faithfull left the relationship a strung-out junkie. Struggling to kick drugs and revive her musical career, she recorded Broken English in 1979, an edgy, hard-hitting, critical triumph. As honest in her autobiography as in her music, Faithfull is a searing, intimate portrait of a woman who examines her adventures and misadventures without flinching, without apology.