Eudora Welty's Fiction and Photography: The Body of the Other Woman (New Southern Studies) (Hardcover) 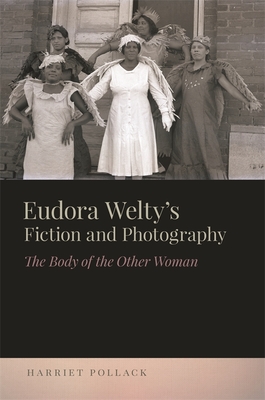 Drawing on the context in which the protection of the white female body is linked with guarding the U.S. southern body politic, Harriet Pollack traces a pattern in Eudora Welty's fiction in which a sheltered middle-class daughter is disturbed or delighted by an other-class woman who takes pleasure in "making a spectacle" of her corporeal self.

Welty herself seeks a parallel self-exposure both through these stories that pair protected girls with at-risk flashers and through her photography's innovating representations of the black female body. Welty's escape from sheltering continues when, after finding herself in love with a man unwilling to acknowledge his homosexuality and so sharing the silence of his closet, she varies the plot of the other woman in a series of midcareer fictions. Additionally, Pollack addresses several critical controversies spawned by Welty's handling of other women's bodies. These concern the comic woman writer's relationship to issues of class and feminism, her puzzled-over and sometimes joyful rape plots, and her handling of race in fictions written when her region was immersed in its Jim Crow regulation of the black body. Two special features of the book are its significant reading of sixty-two visual images and its extensive work with Welty's unpublished manuscripts, in particular those begun during the turmoil of the civil rights struggle in the 1960s and continuing through the 1980s.

HARRIET POLLACK is a professor of English at Bucknell University. She is an editor and coeditor of four collections: Eudora Welty, Whiteness, and Race (Georgia), Emmett Till in Literary Memory and Imagination, Eudora Welty and Politics: Did the Writer Crusade?, and Having Our Way: Women Rewriting Tradition in Twentieth-Century America.