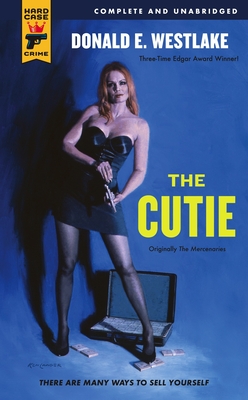 SOME PEOPLE WILL DO ANYTHING FOR MONEY

Mavis St. Paul had been a rich man’s mistress. Now she was a corpse. And every cop in New York City was hunting for the two-bit punk accused of putting a knife in her.

But the punk was innocent.  He’d been set up to take the fall by some cutie who was too clever by half.  My job? Find that cutie – before the cutie found me.

Donald E. Westlake is widely regarded as one of the great crime writers of the 20th Century. He won three Edgar Awards and was named a Grand Master by the Mystery Writers of America. Many of his books have been made into movies; Westlake also wrote the screenplay for The Grifters, for which he received an Academy Award nomination.