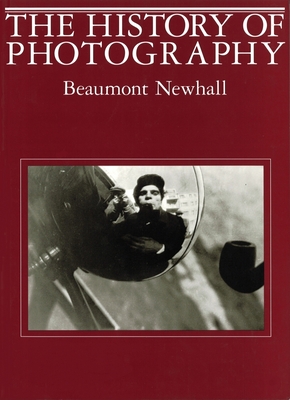 Since its first publication in 1937, this lucid and scholarly chronicle of the history of photography has been hailed as the classic work on the subject. No other book and no other author have managed to relate the aesthetic evolution of the art of photography to its technical innovations with such an absorbing combination of clarity, scholarship and enthusiasm. Through more than 300 works by such master photographers as William Henry Fox Talbot, Timothy O'Sullivan, Julia Margaret Cameron, Eug ne Atget, Peter Henry Emerson, Alfred Stieglitz, Paul Strand, Alvin Langdon Coburn, Man Ray, Edward Weston, Dorothea Lange, Walker Evans, Ansel Adams, Brassa , Henri Cartier-Bresson, Harry Callahan, Minor White, Robert Frank and Diane Arbus, author Beaumont Newhall presents a fascinating, comprehensive study of the significant trends and developments in the medium since the first photographs were made in 1839. New selections added to the fifth edition include photographs made in color, from hand-tinted daguerreotypes of 1850 to turn-of-the-century autochromes by Edward Steichen, to works by contemporary masters such as Eliot Porter, Ernst Haas, William Eggleston, Stephen Shore and Joel Meyerowitz.Beaumont Newhall (1908-1993) was an influential curator, art historian, writer and photographer. In 1935 he became the Librarian at The Museum of Modern Art, New York. In 1940, he became the first Director of MoMA's Photography Department. He served as Curator of the International Museum of Photography at the George Eastman House from 1948 to 1958, then as its Director from 1958 to 1971. While at the Eastman House, Newhall was responsible for amassing one of the greatest photographic collections in the world.