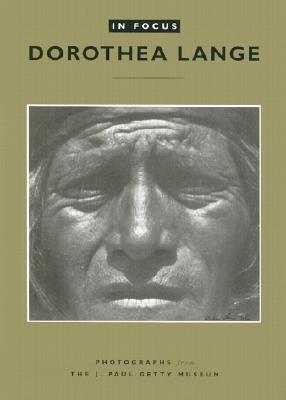 By Judith Keller (With)
Email or call for price
Special Order

This installment in the acclaimed In Focus series examines the life and career of Dorothea Lange (1895-1965), who is most recognized for her social documentary work during the Great Depression of the 1930s. The Getty Museum holds nearly one hundred of the artist's pictures, about fifty of which are discussed by Judith Keller, associate curator of photographs. These include the iconic images of homeless farm families as well as lesser-known Southwestern views, personal photographs Lange made at home in the 1950s, and late compositions from an extensive trip to Asia and the Middle East. In Focus: Dorothea Lange is published to coincide with an exhibition of her photographs at the Getty Museum from October 15, 2002 through February 9, 2003. The book includes an edited transcript of a colloquium on Lange, with participants Keller; Keith Davis, Fine Arts Programs Director, Hallmark Cards, Inc.; David Featherstone, independent curator, freelance writer, and editor; Therese Heyman, curator emeritus, Oakland Museum of Photography; Weston Naef, curator of photographs, Getty Museum; Sally Stein, associate professor of art history, University of California, Irvine; and Michael Williamson, Pulitzer Prize-winning photographer and author, currently working for the Washington Post. Their animated conversation adds greatly to the understanding of the artist's creations. A complete chronology of major events in Lange's life rounds out the book.