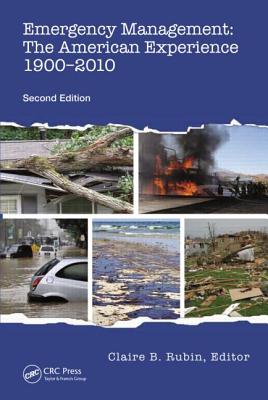 By Claire B. Rubin (Editor)
Email or call for price
Out of Print

Following in the footsteps of its popular predecessor, the second edition of Emergency Management: The American Experience 1900-2010 provides the background needed to understand the key political and policy underpinnings of emergency management, exploring how major "focusing events" have shaped the development of emergency management. It builds on the original theoretical framework and chronological approach, but improves on the first edition by adding fresh information on older events such as Hurricane Katrina as well as a new chapter covering the BP oil spill in 2010 and the unprecedented characteristics of the disaster response to it. The final chapter offers an insightful discussion of the public administration concepts that constitute the larger context for consideration of emergency management in the United States for more than a century.

Some praise for the new edition of this award-winning book:

... a must-read for both undergraduate and graduate students who want to learn from our past and join a growing professional field committed to enhancing community resilience and sustainability.
-- John C. Pine, director, Research Institute for Energy, Environment and Economics, Appalachian State University