Off the Deep End: A History of Madness at Sea (Hardcover) 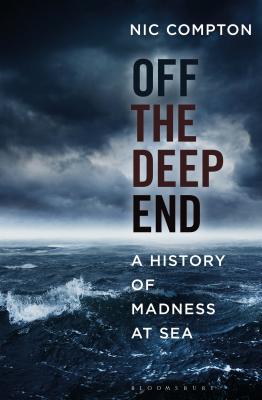 By Nic Compton
Email or call for price
Special Order

Confined in a small space for months on end, subject to ship's discipline and living on limited food supplies, many sailors of old lost their minds--and no wonder. Many still do.

Historic figures such as Christopher Columbus, George Vancouver, Fletcher Christian (leader of the munity of the Bounty), and Robert FitzRoy (founder of the Met Office) have all had their sanity questioned.

More recently, sailors in today's round-the-world races often experience disturbing hallucinations, including seeing elephants floating in the sea and strangers taking the helm, or suffer complete psychological breakdown, like Donald Crowhurst. Others become hypnotized by the sea and jump to their deaths.

Off the Deep End looks at the sea's physical character, how it confuses our senses and makes rational thought difficult. It explores the long history of madness at sea and how that is echoed in many of today's yacht races. It looks at the often-marginal behavior of sailors living both figuratively and literally outside society's usual rules. And it also looks at the sea's power to heal, as well as cause, madness.

Nic Compton was deputy editor and then editor of Classic Boat from 1996 to 2000. Since then, he has travelled the world as a freelance writer/photographer.

"A fascinating and engrossing nose dive into the under-reported depths of nautical insanity." - Kirkus Reviews

"Must-reading for nautical enthusiasts with a strong stomach and readers intrigued by the body-mind connection and other psychiatric matters." - Booklist

"Compton's collection of questionable-sanity stories covers centuries of sailing in a way that is part history, part horror and part hypothesis. Whichever part appeals to you, this book is a fascinating and cautionary tale." - Sailing

"A fun, amusing and engaging history of men and women who went mad at sea." - Blue Water Sailing

"This horrifying and engrossing book could scarcely be improved upon. A lightly-worn but gripping contribution to the field, well researched and full of anecdote and comparison." - The Spectator

"Marvellous, engrossing and horrifying… Off the Deep End is immensely informative and readable, and hugely provocative. My best book of the year." - Horatio Clare, The Big Issue