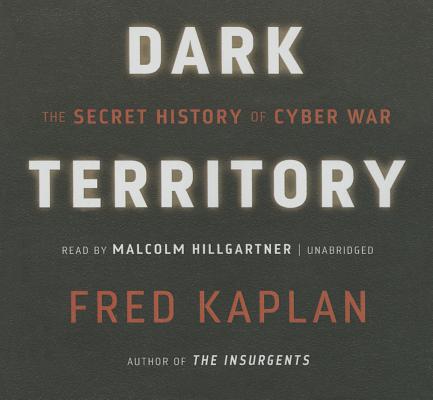 As cyber-attacks dominate front-page news, as hackers join the list of global threats, and as top generals warn of a coming cyber war, few books are more timely and enlightening than Dark Territory: The Secret History of Cyber War by Slate columnist and Pulitzer Prize-winning journalist Fred Kaplan.

Kaplan probes the inner corridors of the National Security Agency, the beyond-top-secret cyber units in the Pentagon, the information warfare squads of the military services, and the national security debates in the White House to tell this never-before-told story of the officers, policymakers, scientists, and spies who devised this new form of warfare and who have been planning-and, more often than people know, fighting-these wars for decades.

From the 1991 Gulf War to conflicts in Haiti, Serbia, Syria, the former Soviet republics, Iraq, and Iran, where cyber warfare played a significant role, Dark Territory chronicles, in fascinating detail, an unknown past that shines an unsettling light on our future.