Life Inside the Bubble: Why a Top-Ranked Secret Service Agent Walked Away from It All (MP3 CD) 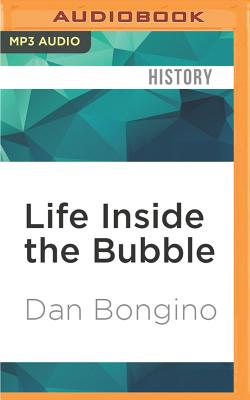 New York Times bestseller, Life Inside the Bubble is an intimate look at life inside the presidential "bubble," a haze of staffers, consultants, cronies, acolytes, bureaucrats and lobbyists that creates the "alternate reality" in which monumental policy decisions are made. And it is the story of a dedicated Secret Service professional who, after years inside the "bubble," walked away in favor of sounding a clarion call to the American people in defense of sane government and the U.S. Constitution.

Finally, why the Fast & Furious scandal, the bombings in Boston and the terrorist attacks in Benghazi are harbingers of what's to come without a bold change in direction.

Take the journey with Dan Bongino from the tough streets of New York City where he was raised, and later patrolled as a member of the NYPD, to the White House as a member of the elite Presidential Protective Division, through his ultimate decision to resign from the Secret Service--during the Obama Administration--in the prime of his career to run for the United States Senate against the feared Maryland Democratic machine. Follow his experiences inside the Washington, D.C., matrix and discover why a government filled with some incredibly dedicated people nevertheless continues to make such frequent and tragic mistakes.