Fragmented Catalonia: Divisive Legacies of a Push for Secession (Paperback) 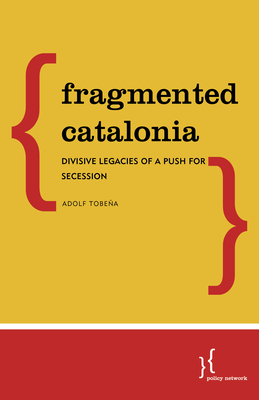 By Adolf Tobeña
Email or call for price

The Catalonian secessionist crisis was the most noticeable event that Spain offered to Western politics in the opening decades of this century. Within this time - characterised as it is by huge technological acceleration, myriad online and trade interactions across multiple levels, high levels of political polarisation, and widespread feelings of collective unease and discontent - the Catalonian secessionist movement has become one of the prevalent topics of public policy and political debate in the European Union. The Catalonian matter is often reduced to a narrative that Catalonian citizens - typically dynamic, engaging and with the wonderful city of Barcelona as their capital - are not at ease with life within Spain and would like to rule their society and to organise their lives themselves. Meanwhile, the central authority in Spain resists any demand for attaining sovereignty. This antagonism has poisoned the relations between regional and central authorities and the conviviality among many Catalonian citizens. This paper explores the existence of other Catalonian citizens who do not usually appear in tellings of this often truncated and over-simplified story. There is great diversity within this group, CatSpanish, a citizenry which recognises and declares a double national identity - both Catalonian and Spanish, to varying degrees for each person - in terms of feelings of belonging.