U-Boats Off the Outer Banks: Shadows in the Moonlight (Hardcover) 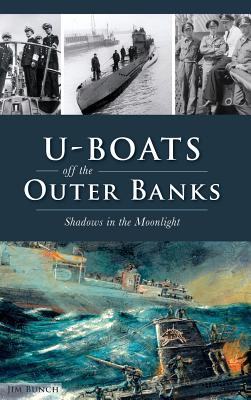 From January to July 1942, more than seventy-five ships sank to North Carolina's "Graveyard of the Atlantic" off the coast of the Outer Banks. German U-boats sank ships in some of the most harrowing sea fighting close to America's shore. Germany's Operation Drumbeat, led by Admiral Karl Donitz, brought fear to the local communities. A Standard oil tanker sank just sixty miles from Cape Hatteras. The U-85 was the first U-boat sunk by American surface forces, and local divers later discovered a rare Enigma machine aboard. Author Jim Bunch traces the destructive history of world war on the shores of the Outer Banks.