A Dictionary of Symbols (Paperback) 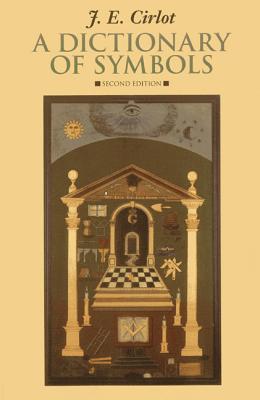 Symbolism is as old as the human ability to link ideas and beliefs with objects and occurrences in the world. Integral to ancient Eastern philosophy and Western medieval traditions, the study of symbolism was powerfully revived in the twentieth century through interest in the psychology of the unconscious: in myths, dreams, and visions; and in literature and art, especially surrealism. Originally published in 1962 and extensively revised in 1971, A Dictionary of Symbols is one of the best-known references of its kind. It compiles information on hundreds of symbols and their meanings from a wide variety of sources in an encyclopedic format. In addition, many of the entries--such as on the cross, dragons, numbers, serpents, trees, water, and the Zodiac--can be read as independent essays. Long considered a classic by readers interested in every discipline to which symbolism is related, this edition includes a foreword by Herbert Read, an in-depth introduction by the author, and 32 pages of illustration. J. E. Cirlot was a poet, critic, and intellectual in the Surrealist movement in 1940s Barcelona. Later he focused his energies on the study of symbolism, culminating in his masterwork, A Dictionary of Symbols.