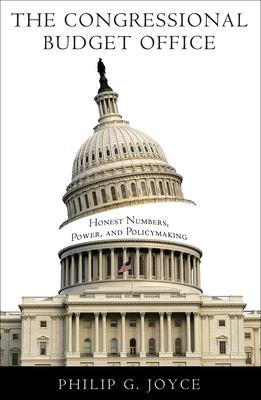 By Philip G. Joyce
Email or call for price

The U.S. Congressional Budget Office (CBO) provides Congress with nonpartisan analysis of how proposed legislation will impact the federal budget. In effect, it has become a critical component of our system of checks and balances because it has given Congress the analytical capacity to challenge the president on budget issues. The CBO's analysis also protects the public interest by providing honest numbers about Congress's own budget proposals. Frequently, the agency has found itself in the middle of political disputes, such as the Reagan economic program in 1981, the Clinton health plan of 1994, the Bush tax cuts, and the 2009-2010 health care reform debate. This first book-length history of the CBO does not just discuss the significance of the agency in policy debates, however. The book is also about how the first director, Alice Rivlin, and seven successors managed to create and sustain a nonpartisan, highly credible agency in the middle of one of the most partisan institutions imaginable. The CBO's tale is a combination of political history, economic history, and organizational development.

Philip G. Joyce is a professor of public policy at the University of Maryland. He has twelve years of public sector work experience, including five years with the United States Congressional Budget Office, and is a fellow of the National Academy of Public Administration.