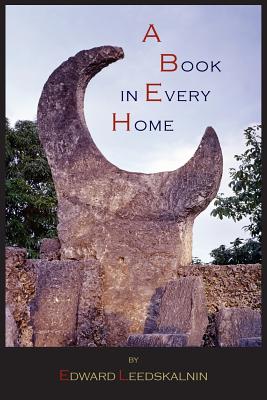 2012 Reprint of 1936 Edition. Exact facsimile of the original edition, not reproduced with Optical Recognition Software. After arriving in the United States, Leedskalnin moved to Florida around 1919, where he purchased a small piece of land in Florida City. Over the next 20 years, Leedskalnin putatively constructed and lived within a massive coral monument he called "Rock Gate Park", dedicated to the girl who had left him years before. Working alone at night, Leedskalnin eventually quarried and sculpted over 1,100 short tons of coral into a monument that would later be known as the Coral Castle. Leedskalnin's is also well known for his theories on magnetism, detailing his theories on the interaction of electricity, magnetism and the body; Leedskalnin also included a number of simple experiments to validate his theories. Most importantly, Edward Leedskalnin claimed that all matter was being acted upon by what he called "individual magnets" -- simply a positive and a negative, as a battery. It is obvious from the pamphlets that he produced that this theory became the base of all of his work, and most likely thoughts as well. He also attempted to claim that scientists of his time were looking in the wrong place for their understanding of electricity, and that they were only observing "one half of the whole concept" with "one sided tools of measurement". In addition to all these studies, he found the time to write this little booklet called "A Book in Every Home". Many believe the answers to the questions surrounding Coral Castle lie within. Indeed, every other page is BLANK; did he purposefully leave room to interpret a code? Could all the answers to how this amazing feat was accomplished lie buried in this "social commentary"?