Mark Warner the Dealmaker: From Business Success to the Business of Governing (Paperback) 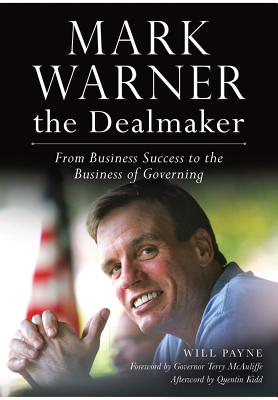 When Mark Warner left office in 2006 with an 80 percent approval rating, TIME magazine called him one of "America's Five Best Governors." Virginia was ranked the best-managed state in the nation, the best state for business and the best state for educational opportunity. When Warner began his term in 2002, the commonwealth was in the midst of its worst fiscal crisis in forty years, and partisan bickering had brought political discourse in Richmond to a standstill. An entrepreneur from a young age, Warner became the world's first cellular industry broker and later co-founded Nextel. The conservative Democrat came in with a plan to turn Virginia around and restore the public's trust in state government, winning the support of battle-hardened Republican legislators. This is the story of how Mark Warner entered the governor's office a hands-on dealmaker and emerged a statesman.