How the Light Gets In (CD-Audio) 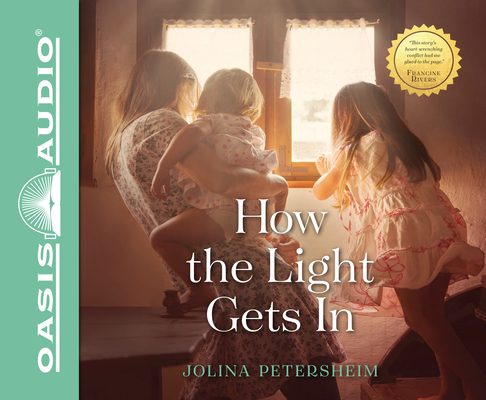 From the highly acclaimed author of The Outcast and The Alliance comes an engrossing novel about marriage and motherhood, loss and moving on.

When Ruth Neufeld's husband and father-in-law are killed working for a relief organization overseas, she travels to Wisconsin with her young daughters and mother-in-law Mabel to bury her husband. She hopes the Mennonite community will be a quiet place to grieve and piece together next steps.

Ruth and her family are welcomed by Elam, her husband's cousin, who invites them to stay at his cranberry farm through the harvest. Sifting through fields of berries and memories of a marriage that was broken long before her husband died, Ruth finds solace in the beauty of the land and healing through hard work and budding friendship. She also encounters the possibility of new love with Elam, whose gentle encouragement awakens hopes and dreams she thought she'd lost forever.

But an unexpected twist threatens to unseat the happy ending Ruth is about to write for herself. On the precipice of a fresh start and a new marriage, Ruth must make an impossible decision: which path to choose if her husband isn't dead after all.

Jolina Petersheim is the highly acclaimed author of The Divide, The Alliance, The Midwife, and The Outcast, which Library Journal called “outstanding . . . fresh and inspirational” in a starred review and named one of the best books of 2013. That book also became an ECPA, CBA, and Amazon bestseller and was featured in Huffington Post’s Fall Picks, USA Today, Publishers Weekly, and the Tennessean. CBA Retailers + Resources called her second book, The Midwife, “an excellent read [that] will be hard to put down,” and Booklist selected The Alliance as one of their Top 10 Inspirational Fiction Titles for 2016. The Alliance was also a finalist for the 2017 Christy Award in the Visionary category. The sequel to The Alliance, The Divide, won the 2018 INSPY Award for Speculative Fiction. Jolina’s non-fiction writing has been featured in Reader’s Digest, Writer’s Digest, Today’s Christian Woman, and Proverbs 31 Ministries. She and her husband share the same unique Amish and Mennonite heritage that originated in Lancaster County, Pennsylvania, but they now live in the mountains of Tennessee with their three young daughters. Jolina's fifth novel, How the Light Gets In, a modern retelling of Ruth set in a cranberry bog in Wisconsin, releases March 2019.