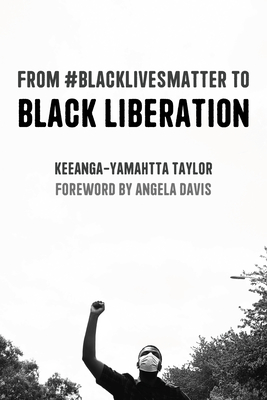 The eruption of mass protests in the wake of the police murders of Michael Brown in Ferguson, Missouri and Eric Garner in New York City have challenged the impunity with which officers of the law carry out violence against Black people and punctured the illusion of a postracial America. The Black Lives Matter movement has awakened a new generation of activists.

In this stirring and insightful analysis, activist and scholar Keeanga-Yamahtta Taylor surveys the historical and contemporary ravages of racism and persistence of structural inequality such as mass incarceration and Black unemployment. In this context, she argues that this new struggle against police violence holds the potential to reignite a broader push for Black liberation.

Keeanga-Yamahtta Taylor writes and speaks on Black politics, social movements, and racial inequality in the United States. She is author of From #BlackLivesMatter to Black Liberation, which won the Lannan Cultural Freedom Award for an Especially Notable Book in 2016. She is also editor of How We Get Free: Black Feminism and the Combahee River Collective, which won the Lambda Literary Award for LGBQT nonfiction in 2018. Her third book, Race for Profit: How Banks and the Real Estate Industry Undermined Black Homeownership, was a finalist for a National Book Award for nonfiction, and a finalist for the Pulitzer Prize for History.Taylor is a Contributing Opinion Writer for the New York Times and a columnist at The New Yorker. Her writing has appeared in the Los Angeles Times, Boston Review, Paris Review, Guardian, The Nation, Jacobin, and Souls: A Critical Journal of Black Politics, Culture, and Society, among others.