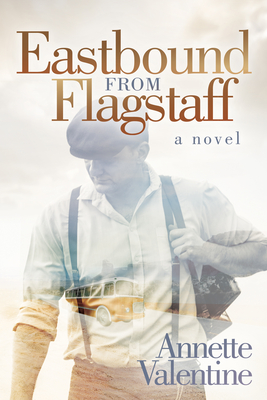 A love story based on the author's father, Eastbound From Flagstaff portrays an individual who comes to recognize the significance of family, loyalty, and the richness of his heritage.

Simon Hagan is running from a lie, intent on believing his own efforts and perseverance can overcome anything. He abandons roots that are his foundational strength and hides behind his charm, living every moment as if life's daring him to fail--again. He's reckoning with his father's God who could have delivered better outcomes but didn't.

This first installment in an epic trilogy that begins in the 1920's, unique in its purposeful illumination of the human condition and its ideological indifference to God, asks the question: "Why was God silent when I needed him?" Simon's return to the notion of forgiveness is the catalyst for a new beginning as it reunites Simon to the place he once thought was the impossible dream. The answer for Simon isn't blowing in the backwinds of his dream chase; rather, it unfolds in the outstretched hand of a villain.