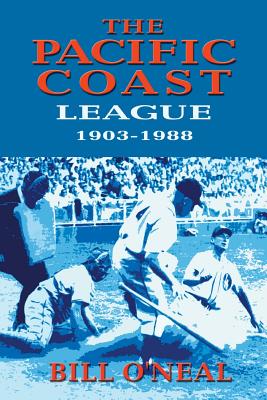 The Pacific Coast League is one of the oldest baseball leagues and has a rich and colorful history. Bill O'Neal's exhaustive research brings back forgotten players and moments in history. The list of players that came up through the ranks of the Pacific League and found fame in the majors reads like a who's who in baseball. Joe DiMaggio. Ted Williams and Gaylord Perry are just a few of the many Pacific League players whose careers led to their induction into the National Baseball Hall of Fame.

O'Neal brings a unique perspective that includes his experiences as a coach, writer, and historian. From the birth of the league in 1903, through the Great Depression and into the modern era, O'Neal tells the stories of the players and the teams. Some failed, some prospered, but all are remembered in The Pacific Coast League 1903-1988.