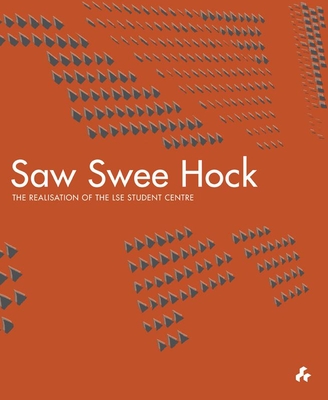 The building is designed to embody the dynamic character of a contemporary Student Union. The complex geometries of the site provided a starting point for an unconventional arrangement of irregular floor plates, each one particular to its function and each working into the next by an intricate system of trapezoidal spatial configuration. Space flows freely in horizontal plan and vertical section, with stairs gently twisting and slowly turning to create a variety of diagonal break-out spaces at landings and crossings throughout the building. Saw Swee Hock provides an overview of the Saw Swee Hock Students' Centre, the first new building constructed at the London School of Economics (LSE) for over 40 years. It includes a reception, offices, bars, a fitness centre and event and media facilities. The book looks at the commissioning process on the part of LSE, through the appointment of O'Donnell + T uomey Architects--who were selected following a two-stage international design competition in june 2009 -- to then focus on the way in which the architects have responded to the complexities of the brief and in collaboration with the bespoke manufacturers involved; particularly, the quality of the bricks, each of which is hand-formed, resulting in a facade that is both striking and very unusual for central London. The commissioning of this type of building is the manifestation of a larger and particularly interesting phenomenon that is happening on a global scale: LSE, like a number of other academic institutions around the world, has put up an aggressive programme of world class architecture as a way of competing with other schools to attract students internationally. The book includes contributions by julian Robinson of LSE Estates, as well as interviews with the designers and manufacturers who were involved in the process of the building's realisation.