Lennon, the Mobster & the Lawyer: The Untold Story (Paperback) 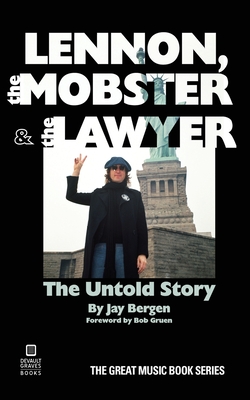 Before John Lennon retreated peacefully into private life in 1975, he fought a major legal battle that went under the public radar.

Just as his Rock 'n' Roll oldies album hit the market, Morris Levy, the Mob-connected owner of Roulette Records, released Roots, an unauthorized version of the same record. Levy had used rough mixes of John's unfinished Rock 'n' Roll recordings-and claimed the former Beatle had verbally agreed to the arrangement. The clash led to a lawsuit and countersuit between Levy and Lennon.

Attorney Jay Bergen, a partner in a prestigious New York City law firm, represented John in this epic battle over the rights to his own recordings. Millions of dollars were at stake.

Jay tells the intimate story of how he worked closely with John to rebut Levy's outrageous claims. He also recounts how John explained his recording process in poetic, exacting terms before a judge who knew little about the Beatles and John's solo career.

Lennon, the Mobster & the Lawyer catches the high drama of the courtroom skirmishes in this previously untold story. It also paints a detailed personal picture of John and his world in 1975-76, when he was soon to have a new son and went into happy seclusion to be a husband and father.