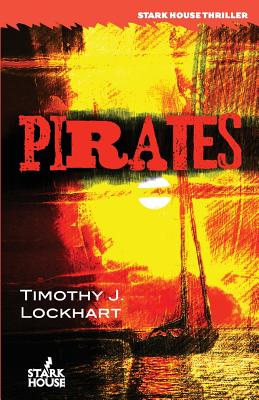 You're an ex-SEAL named Hal Morgan. You served in a desert war and returned to the States with plenty of scars--inside as well as outside. Now you sail charter boats in Puerto Rico, taking the tourists out to sea. You're returning an empty boat to the marina when you spot a daysailer drifting ahead, apparently abandoned and ready to sink. You come alongside and find a young woman in a torn, black cocktail dress lying unconscious in the cockpit. The daysailer doesn't look as though it will last long, so you hurry the woman over to your boat and do what you can for her.

When she wakes, she finds your gun in the cabin and demands that you go back and get some bag she left on the daysailer. She acts as though this bag means a lot to her--and it does. Because the young woman--Ana Cortez Bolano--has just left her boyfriend, gangster boss Jaime Riviera, taking all his cash with her. Now you have a choice: you can hand Ana over to Riviera, knowing what he'll do to her, or you can make like a white knight and help her escape. The first decision is easy. After that, well, things get complicated ....