So Young, So Wicked (Paperback) 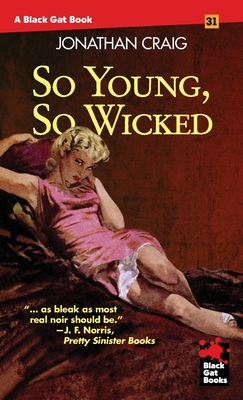 SO YOUNG, SO WICKED

Steve Garrity is a hit man for the syndicate, and he's just been given a new job. The death has to look like an accident-no guns, no knives. The victim lives in a small town, so he has to figure out how to make his appearance there look natural, or he will be the first person the cops arrest. And he has to make the hit in just a handful of days.

But the really crazy part of the assignment is that the target is a fifteen-year-old girl named Leda. Garrity knows he's been given an impossible job, but there's nothing he can do about it. If he doesn't kill Leda within the week, the syndicate will kill him... and slowly. But Leda is no ordinary victim.