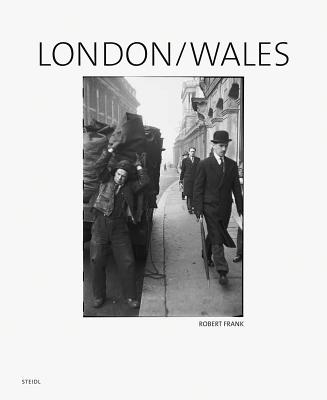 War is over; the heroic French population reaffirms superiority. Love, Paris, and Flowers ... but London was black, white, and gray, the elegance, the style, all present in front of always changing fog. Then I met a man from Wales talking about the Miners and I had read How Green Was My Valley. This became my only try to make a 'Story.' --Robert Frank

This magnificent edition of London/Wales--a reprint of the 2007 Steidl edition that included never-before-seen photographs, expanding on Scalo's first edition of 2003--juxtaposes Frank's images of the elegant world of London money with the grimy working-class world of postwar Wales. It brings together two distinct bodies of work, and reveals a significant documentary precedent for The Americans. It also offers an important view of Frank's development, demonstrating an early interest in social commentary, in the narrative potential of photographic sequencing, and innovative use of the expressionistic qualities of the medium.