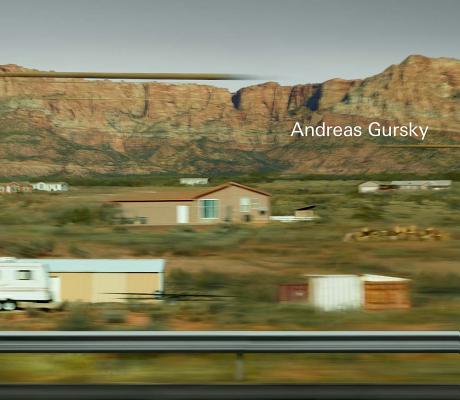 An encyclopedic, dizzying vision of globalism: the definitive Gursky survey

Andreas Gursky has been widely celebrated for his monumental, extraordinarily detailed pictures, often exploring contemporary global themes. This comprehensive book takes a fresh look at the artist's iconic images from the past four decades.

In a landmark conversation between two of the most significant figures in contemporary photography, Gursky talks to Jeff Wall about the sources for his photographic vision, while an essay by Hayward Gallery director Ralph Rugoff explores important but often neglected areas of the artist's work. Essays by art historian Gerald Schr der and writer-curator Brian Sholis provide new insight into key pictures, and artist Katharina Fritsch offers personal snapshots of her D sseldorf colleague, creating a portrait of the artist in the round. Presenting the artist's best-known works--including "Paris, Montparnasse" (1993), "99 Cent" (2001) and "Chicago Board of Trade III" (2009)--as well as new, previously unpublished photographs, this is an indispensable survey of 40 years of work from one of the world's most influential artists.

Regarded as one of the most important photographers of our time, Andreas Gursky (born 1955) is known for his large-scale, often spectacular pictures that portray emblematic sites and scenes of the global economy and contemporary life. From the work of the late 1980s, produced after Gursky had graduated from Bernd Becher's class at the Kunstakademie D sseldorf, through to his most recent photographs which continue to push the boundaries of the medium, Gursky's art has been driven by an interest in forms of collective existence. This includes depictions of massive man-made structures and huge gatherings of people in nightclubs, factories, arenas and vast landscapes, which together provide a sweeping visual record of our age. Steidl has published Gursky's Andreas Gursky (2015) and Bangkok (2012).