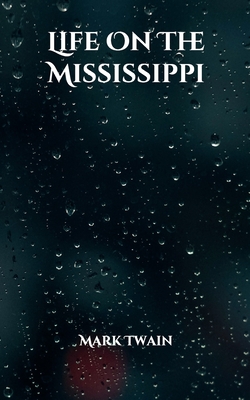 THE Mississippi is well worth reading about. It is not a commonplace river, but on the contrary is in all ways remarkable. Considering the Missouri its main branch, it is the longest river in the world four thousand three hundred miles. It seems safe to say that it is also the crookedest river in the world, since in one part of its journey it uses up one thousand three hundred miles to cover the same ground that the crow would fly over in six hundred and seventy-five. It discharges three times as much water as the St. Lawrence, twenty-five times as much as the Rhine, and three hundred and thirty-eight times as much as the Thames. No other river has so vast a drainage-basin: it draws its water supply from twenty-eight States and Territories; from Delaware, on the Atlantic seaboard, and from all the country between that and Idaho on the Pacific slope a spread of forty five degrees of longitude. The Mississippi receives and carries to the Gulf water from fifty-four subordinate rivers that are navigable by steamboats, and from some hundreds that are navigable by flats and keels. The area of its drainage-basin is as great as the combined areas of England, Wales, Scotland, Ireland, France, Spain, Portugal, Germany, Austria, Italy, and Turkey; and almost all this wide region is fertile; the Mississippi valley, proper, is exceptionally so.