Follies in America: A History of Garden and Park Architecture (Paperback) 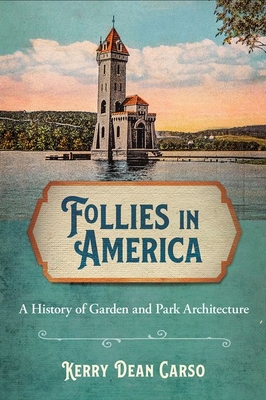 Follies in America examines historicized garden buildings, known as follies, from the nation's founding through the American centennial celebration in 1876. In a period of increasing nationalism, follies--such as temples, summerhouses, towers, and ruins--brought a range of European architectural styles to the United States. By imprinting the land with symbols of European culture, landscape gardeners brought their idea of civilization to the American wilderness.

Kerry Dean Carso's interdisciplinary approach in Follies in America examines both buildings and their counterparts in literature and art, demonstrating that follies provide a window into major themes in nineteenth-century American culture, including tensions between Jeffersonian agrarianism and urban life, the ascendancy of middle-class tourism, and gentility and social class aspirations.

Kerry Dean Carso is Professor of Art History at the State University of New York at New Paltz. She is the author of American Gothic Art and Architecture in the Age of Romantic Literature. Follow her on Twitter @kerrydeancarso.